The runway is out, the models are ready to walk, and the Big Apple is decked out in glitz and glamour once again. That can only mean one thing— it’s New York Fashion Week and KNY is excited to see what gorgeous and unique designs some of the world’s best fashion designers have to offer and showcase for their upcoming fall and winter collections.

To gear up for this year’s New York Fashion Week, we chose our picks of designers whose new threads you should be keeping an eye out for. 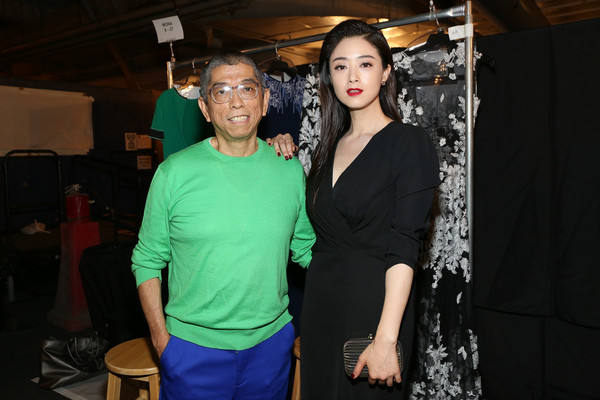 Originally from Japan, Shoji is the chief designer for his Tadashi Shoji collection, which he founded in 1982. He maintains signature boutiques in both the US and China and is carried in more than 700 department and specialty stores around the world. Known for creating intricate red carpet gowns and evening wear, celebrities such as Katy Perry, Helen Mirren and most notably, Academy award winning actress, Octavia Spencer have worn some of his gowns. He strongly believes that women should feel comfortable, confident, and beautiful in the clothing they wear. You view watch the live streaming of the New York Fashion Week show on his official website on February 12th at 10AM. 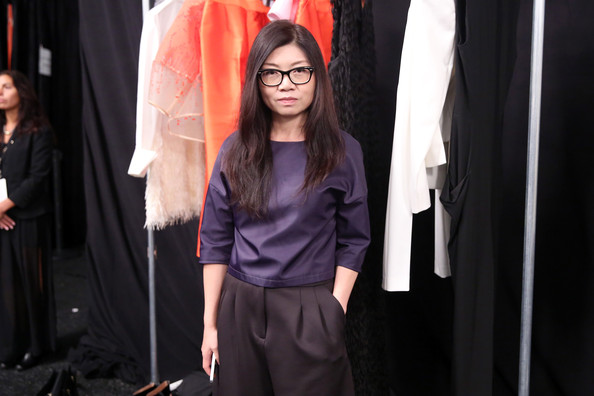 One of the most well-known designers in China, Wang’s line broadcast:bo is one of the most successful and popular brands for women with over 800 stores in mainland China. She wanted to create collections catered toward international, independent women. Her collection first debuted at NYFW in 2014 and the Taoray Wang showroom is set to open later this year. 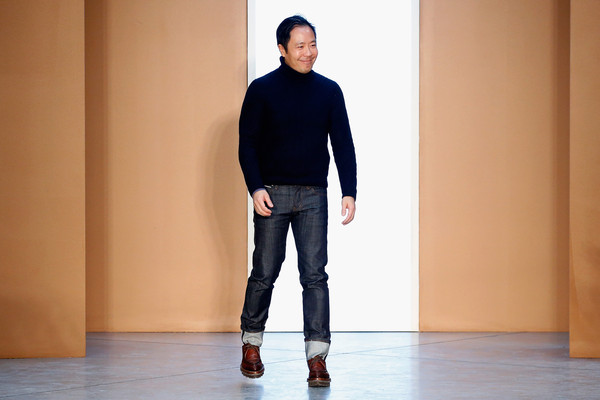 Formerly the vice president of design for Michael Kors, Lam started his own line 2003 which is the same year he made his début at NYFW and in 2011, he introduced a more advanced contemporary line titled Derek Lam 10 Crosby. Lam is known for using feminine fabrics backed by clean, crisp silhouettes and some of his signature looks include raw sheath dresses with plunging v-necks and wide-leg pants made with wool and cashmere. 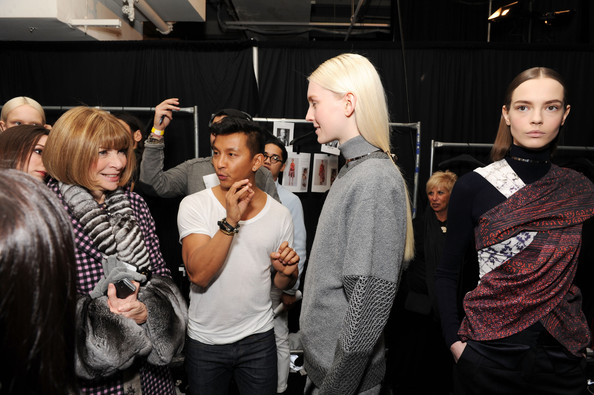 This Singapore-born Nepali designer first made his début at New York Fashion Week after he launched his line in 2009 and in fall 2010, he staged his first runway show in the Tents at Bryant Park.  He launched his own collection, PRABAL GURUNG and has since dressed high-profile women such as Michelle Obama, Demi Moore, Zoe Saldana, and Oprah Winfrey. 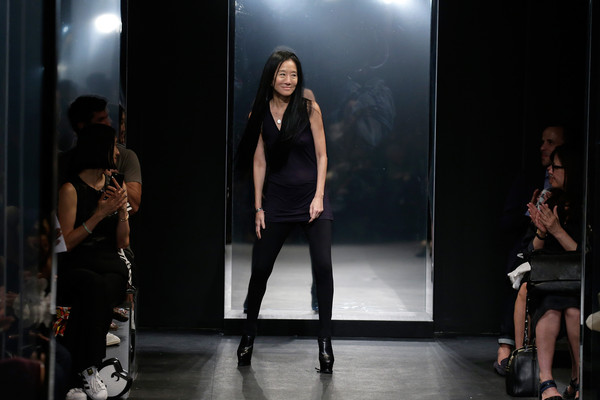 Primarily known for her exquisite and lavish wedding dress and bridal gowns, Wang started out in the world of fashion as a senior fashion editor for Vogue, but eventually left and became a design director at Ralph Lauren. Aside from designing wedding gowns, Wang designs evening wear and costumes for ice skaters such as Michelle Kwan. Several years after opening her first bridal boutique, Wang was awarded the Geoffrey Beene Lifetime Achievement Award in 2013.

Known for bridal wear and ready-to-go attire sold in 100 departments and specialty boutiques around the world, Khan launched his line in 2003 where he sold to Bergdorf Goodman, Neiman Marcus and Saks Fifth Avenue. Once an apprentice for Halston, Khan learned how to drape and how to cut fabric in a way which would create clean and elegant silhouettes. His luxurious collection of sophisticated dresses and gowns are worn by Beyonce, Taylor Swift, and Queen Noor of Jordan.

A former student at New York’s Fashion Institute of Technology and assistant designer to Halston, Mohapatra got his big break in fashion in 1999 when he became the design director at J. Mendel where he shifted the line’s clothing to become more youthful in appearance. In 2008, he created his own line, Bibhu Mohapatra which caters to women with its luxury collection of ready-to-wear fashions, couture and fur. Much of his fashion is featured on various magazines such as TIME, Marie Clare, Wall Street Journal and Forbes.

Mixing and fusing vintage styles with her current cultural obsessions, much of her clothing is described as creative, hip, and original. Her main store can be found in Soho at 213 Broome Street. She has named one of the Top 5 Fashion Icons of Decade and she received the Geoffrey Beene Lifetime Achievement Award. 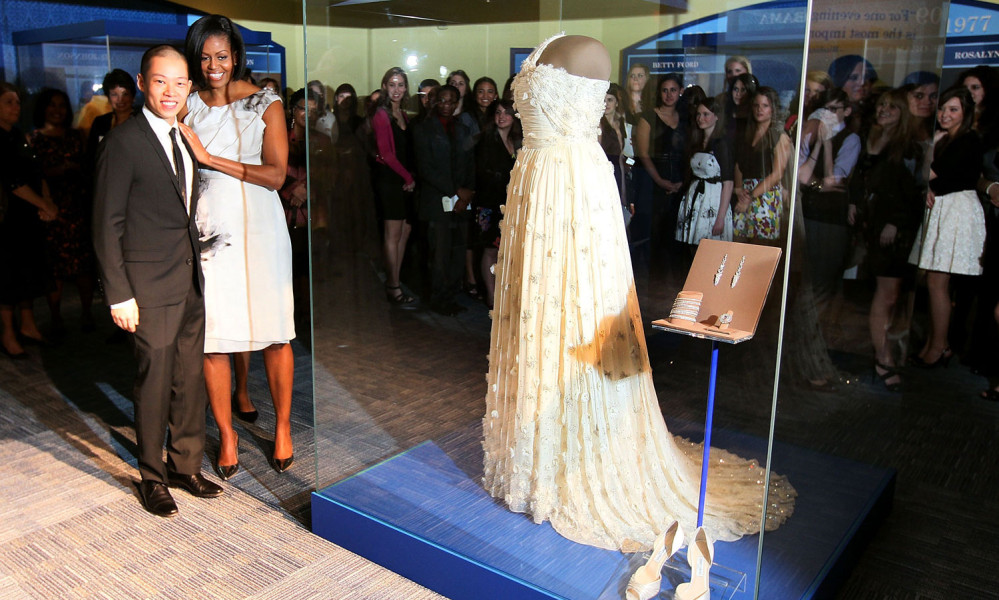 Taiwanese Canadian designer Wu is most famous for designing the dresses for Michelle Obama for the first and second inauguration of President Barack Obama. In 2006, he launched his own ready-to-wear clothes and debuted his first collection in 2008 and won the Fashion Group International’s Rising Star award the same year. In June 2013, Wu was eventually named as the art director of the Hugo Boss line where he oversees all the womenswear which is known for having a modern and classic look ranging from business and formal wear to leisure attire.

Creative director of DKNY and designer of his own line Public School, along with partner Maxwell Osborne, their line specializes in street style menswear. They were roped in to become the creative directors of overseeing both men’s and womenswear, by Caroline Brown, the chief executive director of Donna Karan, as a way to rebrand the label. The move has already drawn re-interest in the brand.

All of the designers featured on our list will be showcasing their work and creations at the Lincoln Center for the Mercedes-Benz Fashion Week from the 11th to the 18th. These events are industry only but you can find more information about live streaming and opportunities to attend other NYFW fashion events at Fashion Week Online.