The 2013 documentary Ai WeiWei: The Fake Case will be making a PBS premiere showing this Friday on PBS POV. The film is the follow up to the 2012 documentary Ai WeiWei: Never Sorry. Both films center around the Beijing-native Chinese contemporary artist and political activist Ai WeiWei (艾未未) and his relationship with the Chinese government

If you have never heard of this man, he is a renowned artist, who is most widely known for his work in designing the Beijing National Stadium (also known as the “Bird’s Nest”) for the 2008 Summer Olympics. His art has been featured in many countries around the world, including Mongolia, Japan, and the United States. However, this documentary is not about his artistic achievements or his life before his rise as a designer, but about his activism against the Chinese government.

Although Ai WeiWei is a well-respected artist of Chinese nationality, his opinions of the Chinese government has never been a secret. Even during his commission on the design of the Bird’s Nest, he voiced his anti-Olympics views to the media, distanced himself from the project, and refused to have his picture taken with the finished piece 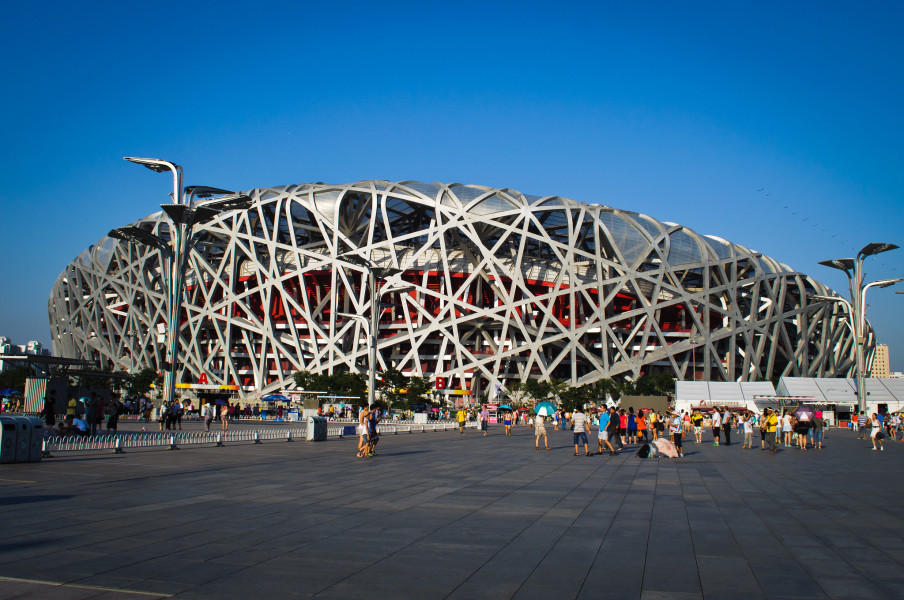 Social media became his only tool to publicly investigate cases of government corruption and cover ups. Sina Weibo, the equivalent of Facebook in China, was the first platform where Ai WeiWei posted articles that have been called a “steady stream of scathing social commentary” and “criticism of government policy. When his blog was shut down in 2009, he turned to Twitter, withwhere he has 289k followers, and later Instagram, with 148k followers, to continue publishing his findings.

The film, Ai WeiWei: The Fake Case documents the struggles that Ai WeiWei went through as the Chinese government tried to silence his voice by kidnapping and imprisoning the outspoken artist in a secret location for 81 days. When he was brought back into the public eye, the government tried to discredit his past accusations by putting him on trial with charges of tax evasion and pornography, which has dubbed as “The Fake Case.”

PBS’s Synopsis: Ai Weiwei has a serious problem with authority: The Chinese government not only kidnapped and imprisoned the world-renowned artist in a secret location for protesting its repressive policies, but after his release it conducted a show trial on baseless charges of tax evasion and pornography. Ai Weiwei: The Fake Case, a stunning and stirring documentary by Andreas Johnsen, dissects the persecution and shows how the government’s attempts to silence Ai Weiwei have turned him into China’s most powerful artist and an irrepressible voice for free speech and human rights around the globe.