Although the comedy scene hasn’t been too welcoming of women, Ali Wong has had a lot of practice making people laugh as the screenwriter for ABC’s hit sitcom “Fresh Off the Boat.”  In her one-hour Netflix comedy special, Baby Cobra, which debuted last month, she does away with social boundaries and fearlessly dives into ordinarily taboo subjects, from sex to racism – all while seven-months pregnant.

Drawing inspiration from her personal experience as an Asian American woman and comedian, Wong is able to deliver an incredibly raw, yet delightfully vulgar performance that many of us can relate to. Although there are plenty of incredible moments throughout the special, here are a few relatable jokes that had us doubling over in laughter.

1. When Wong described her struggles of trying to throw anything away:

2. How people are surprised to find out she’s married to an Asian man:

3. This little bit about hooking up with a “white dude”: 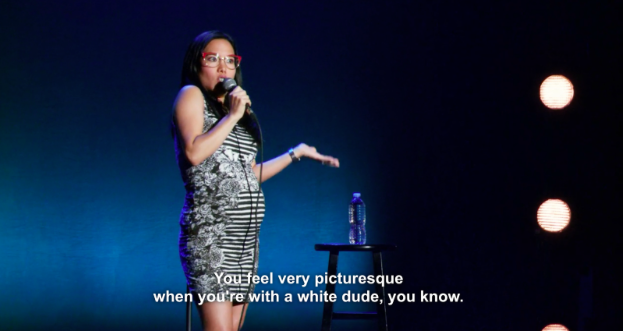 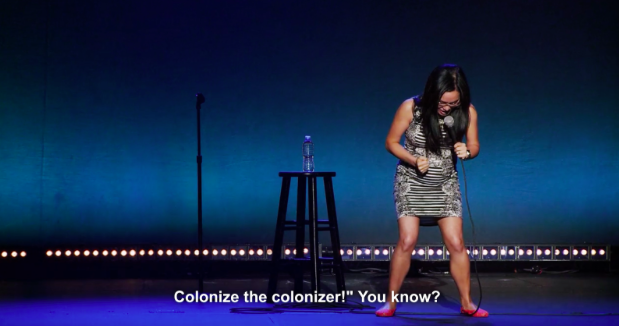 5. The advantages to dating someone who’s the same race as you are: 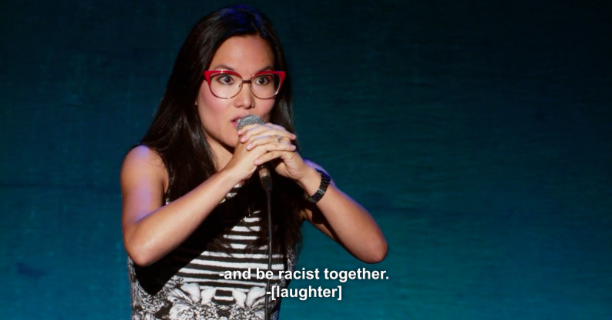 6. The language struggles of growing up Asian American:

7. How she wants to reach the income bracket where she can comfortably afford to eat sliced mango:

8. How she poetically pointed out that Asians age gracefully:

9. The struggles she goes through to not become a stereotype when she gets into a car accident:

10. And finally, her incredible imitation of Chinese ladies doing tai chi in the park: