Apple Music, another shark to groove to?

At Apple’s annual Worldwide Developers Conference on Monday, Apple Music was unveiled to the public as the most brand spanking new streaming service to date. With 41 Million paying users to share and an already saturated market containing all the familiars, Spotify, Rdio, and Google Music, it will definitely be a sight to see as the world catches up to 2015 and finally drops Apple’s beloved iTunes like AOL.

In the coming decade as music streaming becomes a more mature industry, it will likely see a shift in introducing higher tier options with platforms like Jay Z’s Tidal entering the ring. These new services aim to provide more perceived security for artists with a new profit-sharing model and an extra dose of TLC. When asked what Tidal can provide for the younger generation, Jay Z responded with social good, “I guess the most ethereal answer is just to improve the quality of life, to improve the level of art.”

However, the new model relies on eliminating the freemium tier that most music lovers enjoy and Apple Music’s $3 billion acquisition of Beats Music will be doing the same. The service will be offering two tiers of subscriptions: a $9.99 per month subscription and a $14.99 per month family subscription for up to six people. Because Apple is coming so late to the game, the tech giant is giving a lengthy three-month free membership to new subscribers and expects to use its preexisting Apple device user base as an initial foundation. 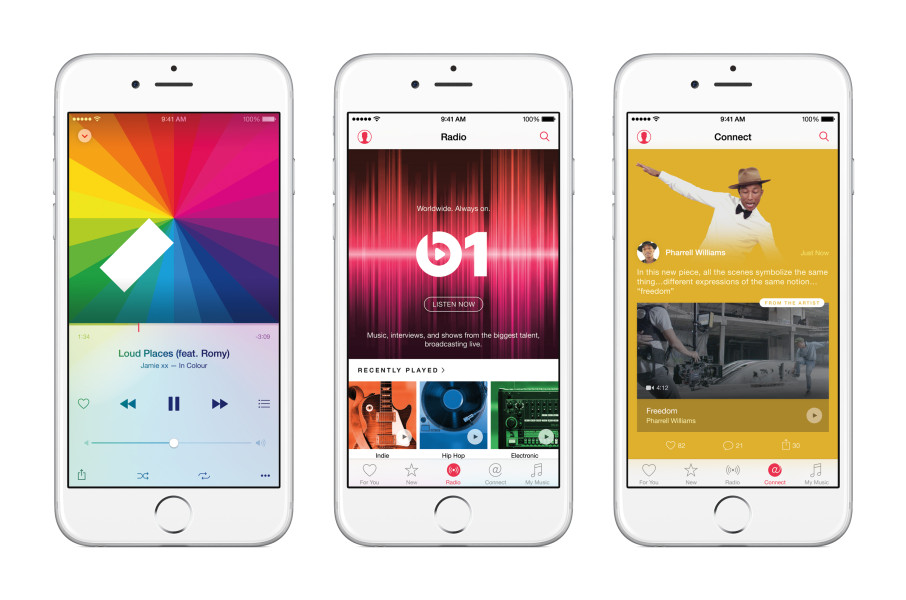 By June 30th, Apple Music will be released in 30 countries giving its customers “Beats 1”, a 24-hour internet radio station with live DJs located in Los Angeles, New York, and London headed by former BBC host Zane Lowe. Most notably, in the package will be a new feature named  “Connect”, a social network that allows artists to share feeds of content and updates to fans through the app and social media platforms.

Apple users will now also be able to add to their long list of questions for Siri like, “Where do babies come from?” with “What was the most popular song in 1999” thanks to the company’s focus on vertical integration.

Now that Spotify has a new competitor in the mix, how will they compete with the complete discography of Taylor Swift?

Tanner is the Executive Director of Kollaboration New York and started as a stage hand in Atlanta. In his career he's worked as a software engineer and product manager at Bank of America, Axial, and Fusion.net. Currently, he's a freelancer by day ... and a freelancer by night.