Every once in a blue moon, a dance group will come along and take the world by storm.

Japan native Daisuke Omiya, who won the Jadin Wong award in 2014 through the Asian American Arts Alliance and came to New York City by receiving educational assistance, training, and supporting with the cash award to nurture and cultivate his dance career, formed a dance duo group with his friend, Daisuke Obata (OBA). Because of their similar names, the duo decided to name themselves DAISUKES. Their unique style of dance infuses street dance with martial arts and Japanese samurai.

KNY had the opportunity to speak with DAISUKES about what their style of dance, what they have been up to since Omiya received the Jadin Wong award, and what inspires them both to keep on moving. 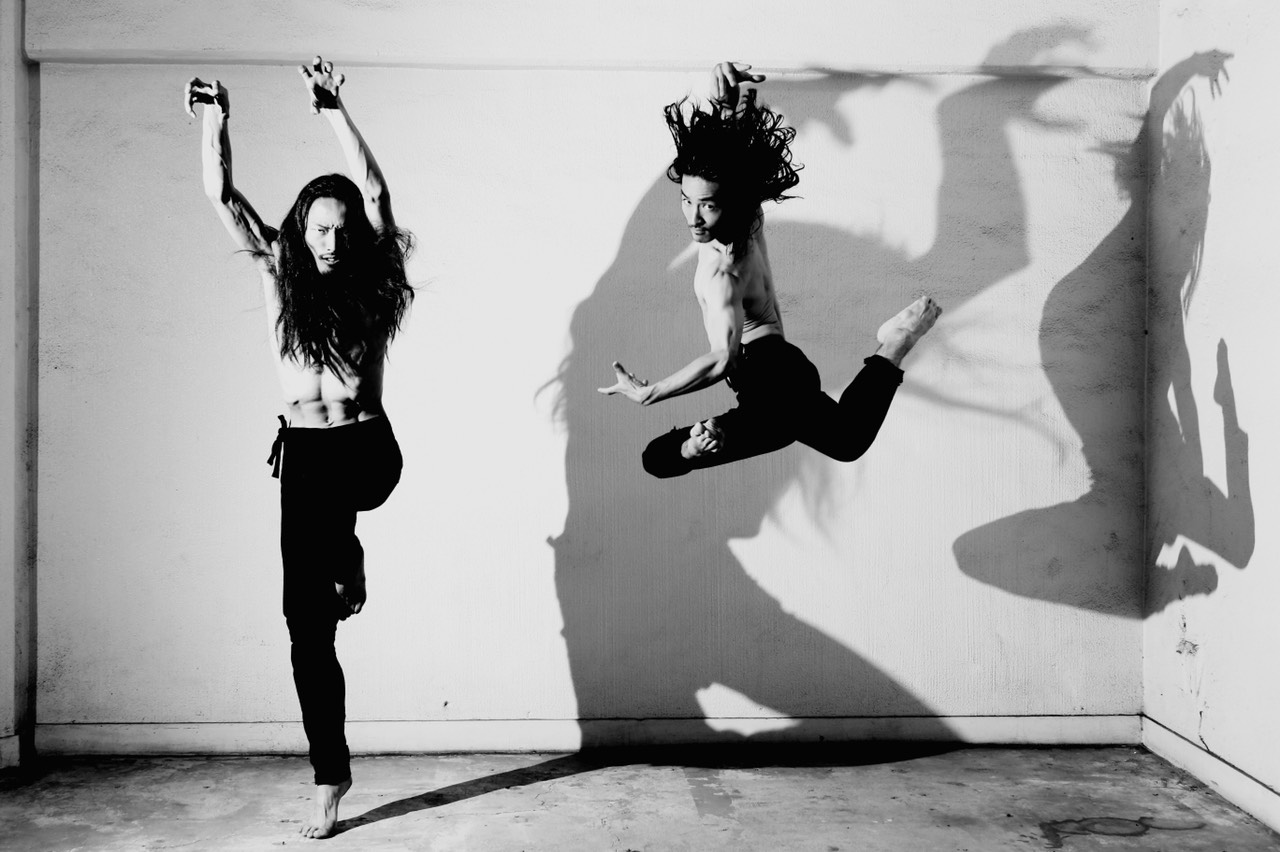 Can you both tell me your backgrounds and about yourselves?

Daisuke Omiya: I was born the youngest child of the Omiya family and I’m one lucky adventurer. I think of myself as someone who can show my biggest strength in my interests. I was a real athlete as a child, really good at almost any sport. And I also spent time in drawing classes because I came to think that I wanted to express something. But I couldn’t stand the fixed process of learning drawing and that was first time I felt complete failure. However, now as a man I think I needed all of the art experience to meet dance and all of it is in my dance now. I would also say I’m a very receptive person. My hobby is designing contemporary jewelry.

Daisuke OBA: It begins from the time when the fugitive warriors were defeated in the Sekigahara battle, they threw away their swords, picked up their hoes, and begun to reclaim the land of Gifu Prefecture. These guys were pioneers and became great landowners and started to settle. But Hikari, my grandfather cut himself off from the family for various reasons, restarted from the barn. My father was born in a barn. He became a jazz drummer. I am my father’s son, a dancer. So my ancestors were Samurai. Just as they switched to hoes from swords, I changed it from the sword to the dance. Still there’s no difference in how I have the Samurai spirit. My motto is Live this day as if it were your last. My hobbies are farming and Kalimba.

What interested both of you to get into dance, and how did your careers start as dancers?

Daisuke Omiya: Originally, I always wanted to start dancing as a child, but I was extremely shy and my whole family worried about my shyness. I wanted to change. When I was a high school student, I started tap dancing, influenced by a film. I got into tap dancing immediately. I wanted to be an architect, but I couldn’t give up my dream to become a tap dancer. I decided to go to New York and the dancing life began.

Daisuke OBA: Having a jazz drummer father, a ceramic artist mother, a DJ brother and a folk singer brother, I decided to express myself with my body. I think it is related deeply to my experience as a child, going to facilities for children with disabilities because of my speech impairment. I totally got into the universal language of bodily expression where words are not needed. But I went to a technical school for bakery during high school. I was a great student and had the chance to go to Germany to study bakery, but my teacher was very angry with me when I kept dancing in the kitchen. He said ‘Do you want to become a baker or dancer?’ I said I want to become a baker who can dance. He said ‘You cannot chase both dreams’  and ‘Which one are you crazy about?’ I said ‘DANCER. That’s it!’ While staring at my teacher, furious with me, I decided I was going to become a dancer. If it’s dancing, I can be obsessed. I decided to go to the New York Broadway Dance Center. While I was there, I started training under the legendary dancer Jazzy J who was in Michael Jackson’s “Captain EO”.

How did you both meet, and how did the duo DAISUKES begin?

We were hanging out, but separately, in Yoyogi Park Tokyo and met in the shade of a tree. We began a session as if we knew each other. It could’ve seemed weird, but it was so natural. Like how dogs sniff each other out, we discovered each other through dancing. Then we have the same first name; DAISUKES is just the plural. It just came out and we became a group.

What inspires your style of dance? I’ve watched a few of your videos and it looks like there is a lot of Samurai-style influence infused in there.

What both of us have in common is that we have many other interests besides dance and we both would say dancing is the same as living a life. That is what we think is the New Generation Samurai Style! This is a very important point-of-view of life and death in the Samurai spirit. Samurai spirit is to live in the moment without hesitation! We are connected now and having this in ourselves is why we are connected in the beginning.

Where are you currently residing? I know Daisuke Omiya spent some time studying dance in New York City when you received the Jadin Wong award. Can you tell me about your time in the city and what you learned while you were here?

OBA is living in a great location Yuigahama, Kamakura city. Daisuke Omiya is living in Tokyo. We had to find our own identity because you’d be invisible without it—New York is a microcosm of the whole world. Of course, we imitated American dancers at the start, but noticed that it didn’t work. We realized our identity in the Samurai spirit as Japanese. We had that all along in our hearts, but we gradually forgot it. In this new epoch, through our work, DAISUKES turn swords into the artistry of dance.

Is there anything you are currently working on, such as any videos or upcoming shows and performances?

One of the key elements of dance is collaboration. Dancing, a physical expression is the only art form where the art and the artist is the same thing which means it is completely dependent on environment. Seen another way, it means that you can collaborate with all elements in an environment. Because our bodies are the artworks. From videos, holographic theaters, usual stage to street, music, the architecture of space, the painting in scenography, it’s even possible to collaborate with light.

On a day we have an outdoor stage, we perform in collaboration with all of nature. It was embodied in the fine physical expression of Butoh. After researching contemporary dance and street (popping), which are all about self-expression, we felt the physical sensations connected to Butoh. It is breathing. Awareness of breathing is an important consciousness that connects to all elements about the body even beyond dance. In both Bushido and Zen, it is the same. We, the two members of DAISUKES, noticed that it’s even the same in dance. We know that dancing is being conscious of breathing, being conscious of breathing is feeling and living in the moment, and feeling and living in the moment is just like the SAMURAI SPIRIT. Expressing this Japanese samurai Spirit through dance, with the consciousness of breathing, we want to collaborate with people all over the world. Sharing of breathing; we believe it will change the world from being competitive to collaborative like a symphony.