How Valentine’s Day is celebrated in the East

Cue the chocolates, flowers, and laments of perpetually single people around the world – Valentine’s Day is just around the corner with the ritual of having a lot of plush teddy bears and 1-800-Flowers trucks on the streets. Dedicated to love and romance, this Western tradition is celebrated in a similar fashion in several countries across the globe. However, in the Eastern part of the world, many countries have their own counterparts. Here are how days dedicated to love are celebrated in the East: 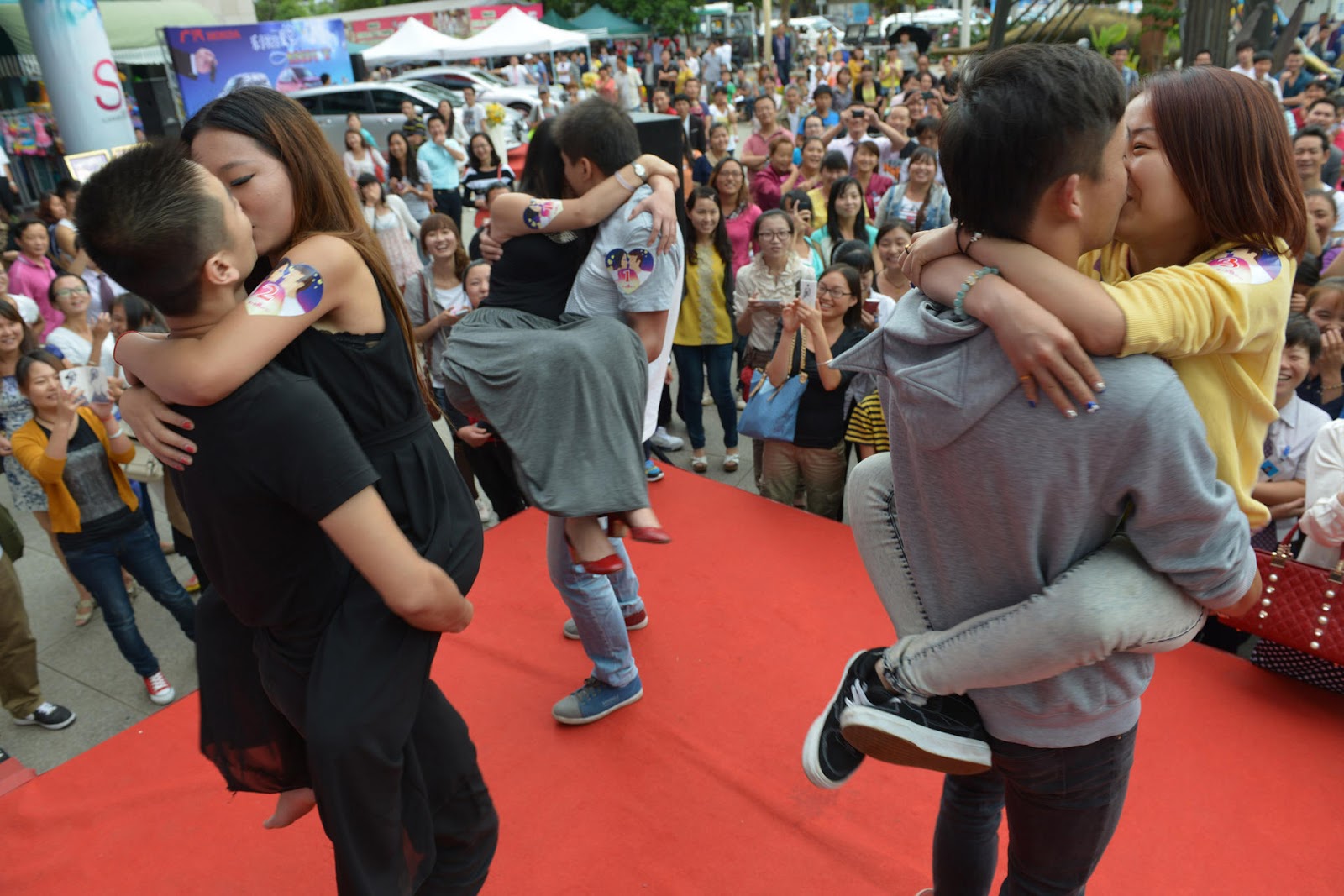 Couples at a Qixi kissing contest in Yunnan duking it out on who can kiss the longest (Credit: China Foto Press)

The Qixi Fesitival or the Double Seventh Festival (七夕節) is celebrated on the 7th day of the seventh month of the lunar calendar in China. This holiday is also celebrated in Japan as Tanabata or the Star Festival (七夕), Korea as Chilseok (칠석), and Vietnam as Thất Tịch. The special occasion relates back to a legend about forbidden love between a cowherder and a weaving maid, who were able to come together for one day of the year. Today the holiday is celebrated with large parades … and kissing contests. 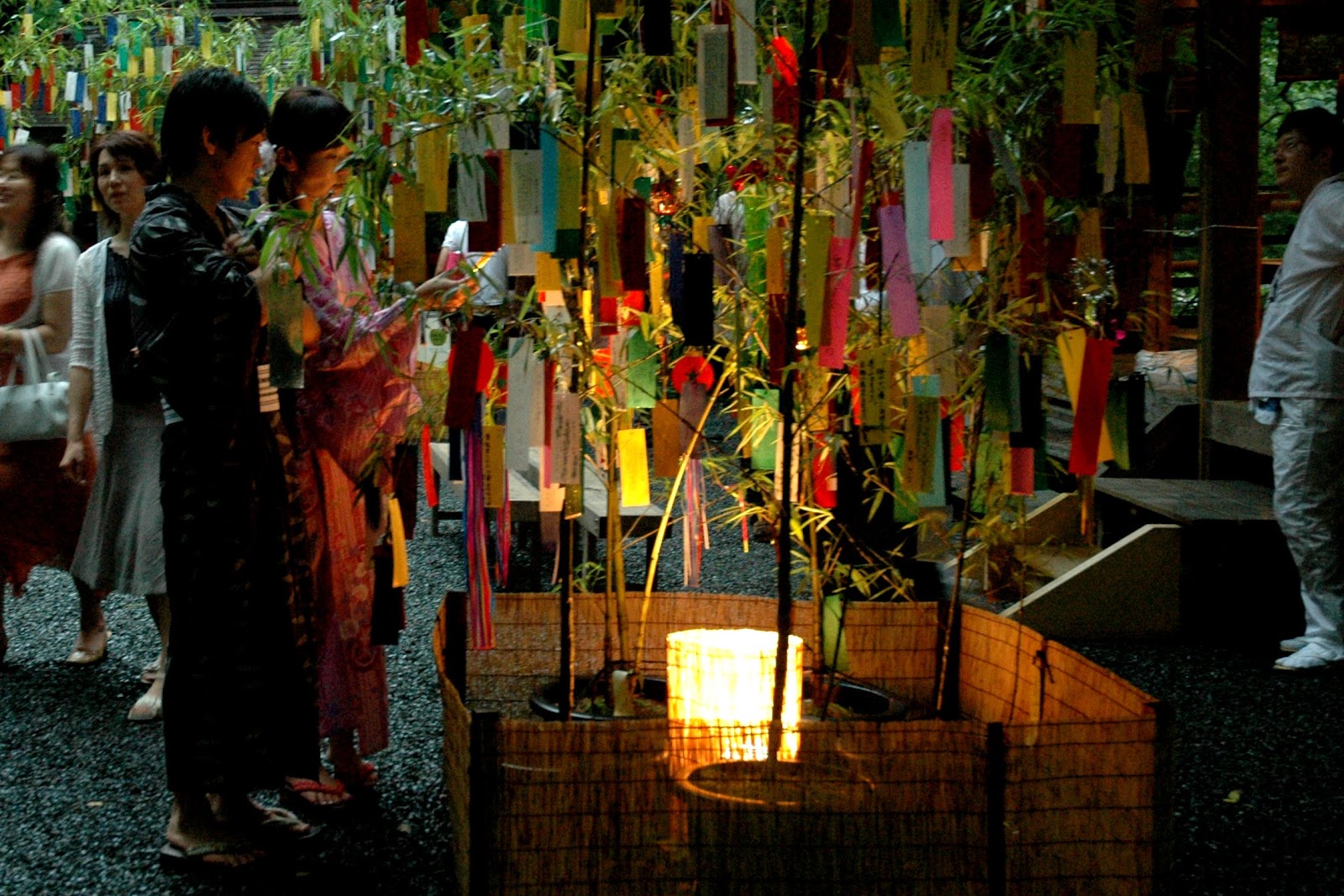 A couple hang tanzaku on bamboo at Tanabata in Japan (Credit: Yuki Yaginuma)

Tanabata is celebrated differently in various regions of Japan. Today, people make wishes by writing them on small pieces of paper, known as tanzaku (短冊). They are then hung on bamboo, which are either burned after the festival or set afloat on a river.

With this holiday so popular on the Asian continent, you’ll even see Google’s famous Doodles make a tribute to the Double Seventh Festival in a little flash game every year. 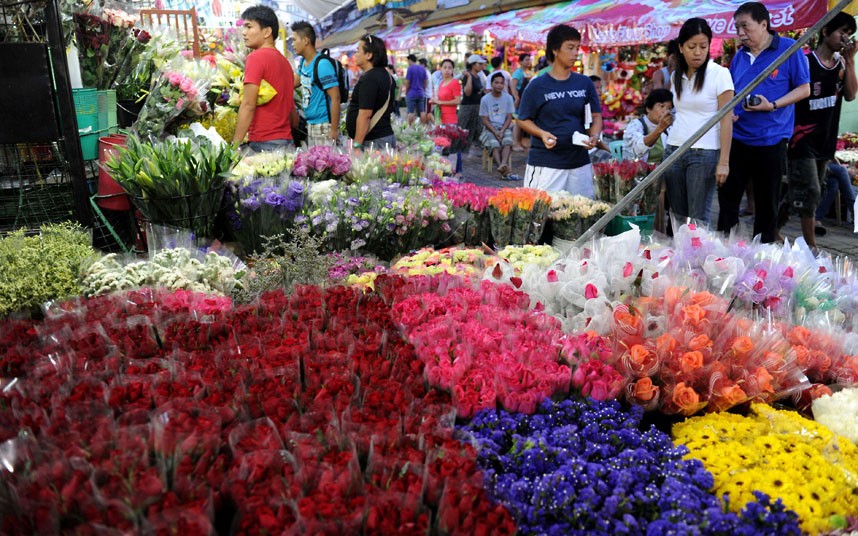 In many other places in the East, Valentine’s Day is celebrated much in the same commercial fashion as it is in the West. In the Philippines, for example, the day, known as Araw ng mga Pusòin, is usually filled with flowers just like it is in the US. Singaporeans are also considered to be among the top spenders during the holiday, forking up anywhere between $100 to $500 in gifts.

By contrast, in Japan and Korea, women actually give chocolate to men. In Japan, women – particularly those who work in an office environment – feel obligated to give chocolate to their male co-workers and bosses. As such, the chocolate is referred to as “Giri-choco,” or “chocolate of obligation.” Giving chocolate to friends (“tomo-choco)” is also popular.

On the other hand, the holiday is still considered to be a controversial topic in India, Malaysia and Pakistan, mainly due to religious reasons. However, it is still widely recognized by the youth who celebrate the occasion with chocolates, flowers and cards. 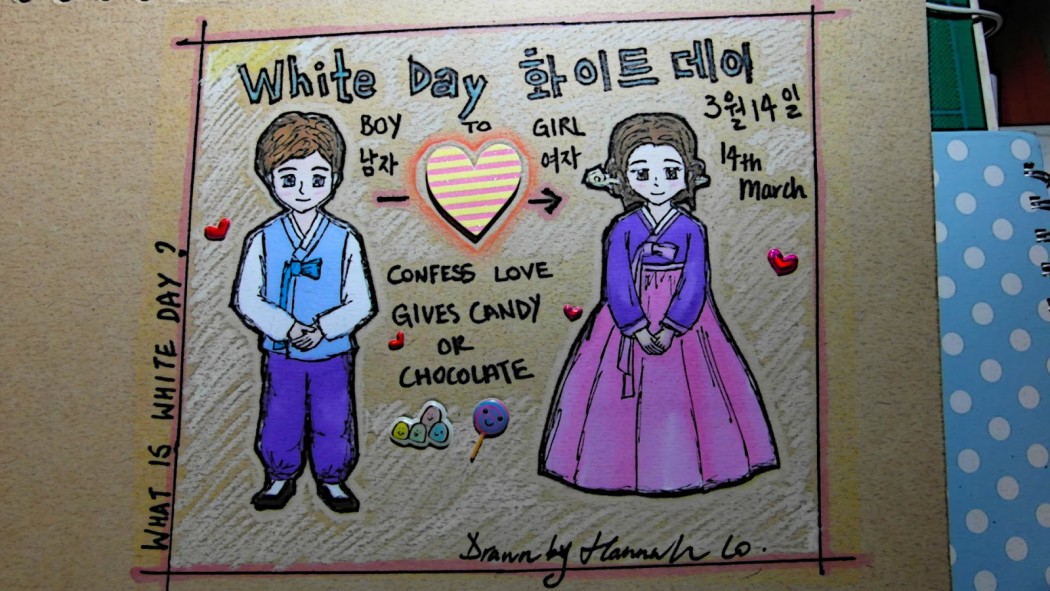 A sketch showing how White Day works in Korea

White Day (March 14th) developed as the result of a successful marketing campaign by Japanese chocolate companies.  During this holiday, men who received chocolate on February 14th return the favor by giving gifts to women, usually worth two to three times the price. Traditional gifts include white lingerie, white chocolate and marshmallows. Overtime, the practice has also spread to Korea, Taiwan and China. In Korea, however, men usually give non-chocolate candies, such as lollipops or hard candies.

Finally, for those without a significant other, Black Day (April 14th) is another holiday that can be celebrated. In Korea, it is a way to lament the single life. On this day, singles go to a restaurant to eat jajangmyeon (자장면, noodles with black bean sauce). In fact, the 14th of every month is usually associated with a day of affection or romance. There’s Diary Day in January, Hug Day in December and Kiss Day in June, among many others.