Hurray for May aka APA Heritage Month! 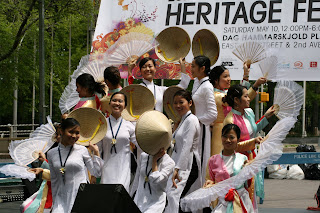 Kollab NY is proud to partner with the Coalition of Asian Pacific Americans (CAPA) for their 30th Annual APA Heritage Festival that will take place May 3rd @ Dag Hammerskjold Plaza (47th and 2nd Ave). CAPA’s APA Heritage Festival is the largest and longest running APA festival on the Eastcoast with nearly 10,000 attendees every year.
I’ve attended APA events of all kinds throughout the nation, but always looked forward to CAPA’s festival, mainly because of the food and the amazing performers! CAPA has probably one of the best performance lineups thanks to the amazing talent based here on the Eastcoast. Some of Kollaboration NY’s veteran performers have graced this stage, including Heather Park, Vudoo Soul, and Misnomer(S). This year’s line up includes 2006 Kollab NY champions, Stone Forest Ensemble (probably one of the most unique groups to grace our stage), Bollywood Axion Dance Company (Bhangra/Western fusion), Magnetic North (hip-hop duo), Alfa Garcia (singer/accoustic), along with some really cool traditional acts. If you’ve missed out on the APA entertainment scene all year, it’s a great place to catch up and prep for our show in June! :)
Another reason to come out — the FOOD. You can pretty much walk in with a plate, order something from every booth, and have the greatest Asian fusion plate you’ve ever had in your life. Kimbap for $3 a pack, Pad Thai for another $3, sweet/sticky rice wraps for $2, and the list goes on.
CAPA is a good place to catch some good music, fill your tummy with good food, and mingle with the many of the local APA organizations there. For more details on the event, go to: http://capaonline.org/eventschedule.htm. Hope to see you guys there! 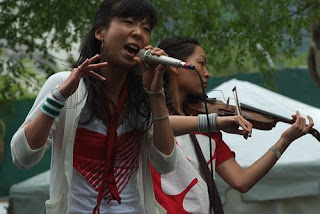 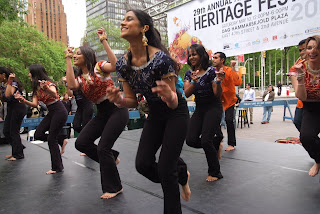