Tribeca Film Festival, one of New York City’s biggest and longest traditions of showcasing and awarding the local and international filmmakers and actors of cinema, kicks off next week in lower Manhattan and we’ve got the scoop on the full-length and short films featuring some of the up and coming Asian talent in the industry today.

“Bad Rap”
Directed by Salima Koroma, this documentary follows the lives and careers of four outspoken Asian American rappers trying to make it big in the entertainment industry and who often times face disdain and indifference while trying to break into the world of music and hip-hop. A personal favorite of ours, the KNY staff had the fortunate opportunity to screen the film after its production. It stars Kollaboration New York’s 9th Showcase headliner Nora “Awkwafina” Lum, 6th Showcase headliner Jonathan “Dumbfoundead” Park, MC Jin, David “Rekstizzy” Lee, and Richard “Lyricks” Lee.

“After Spring”
From New York natives Ellen Martinez and Steph Ching comes a documentary that follows the lives of Syrian refugees in the Zaatari refugee camp of Jordan which is the second-largest camp in the world, with fifty-eight percent of its inhabitants being children. The film focuses on the lives of two Syrian families as they journey into an unknown future as well as the aid worker helping them along the way. Martinez and Ching cover all of the elements of the Zaatari refugee camp life, from the day-to-day tasks and the activities the children and their families do to regain control  of their lives after being uprooted from their homes.

“I’ll Sleep When I’m Dead”
This biography and documentary directed by Justin Krook and produced by Matthew Weaver and David Gelb, who directed and produced “Jiro Dreams of Sushi” at TFF 2011 and “Chef’s Table” at TFF 2015, chronicles the life of prominent Japanese-American DJ, Steve Aoki, through candid footage and interviews with his closest friends. Krook sheds a light on the driving force behind Aoki’s passion of music and how he went from starting a music label out of his college dorm to headlining some of the biggest music festivals in the world. The film also takes a close look at his father, Rocky Aoi, wrestler and Benihana restaurant tycoon, who was absent for most of his son’s life. There will be a special performance and live set by Steve Aoki after the April 15th premiere of the film at the Beacon Theatre.

DJ Steve Aoki in the bio-documentary about his life (Credit: Tribeca Film Festival)

“Kicks”
In the award category for best US Narrative, director Justin Tipping’s feature film debut paints a portrait of a young man struggling to live up to the expectations society puts on being masculine. “Kicks” stars fifteen-year-old Brandon who longs for a pair of the coolest and most expensive sneakers, hoping that it will help him escape his reality of being poor, ignored by girls, and constantly being picked on. After the sneakers get stolen, Brandon goes on a journey to retrieve them from Flaco, local neighborhood bully, whose complexities are explored as well. In the film, Tipping digs into inner-city life, society’s obsession with sneaker culture, and the concept of manhood. In 2012, Tipping’s short film Nani was screened at the Hawaii International Film Festival, the Boston Asian American Film Festival, and the Brooklyn Film Festival where he won the audience award for best short narrative.

“Ping Pong Coach”
Directed, produced and written by Columbia University second-year masters students, Yi Liu and Chieh Yang, their short film which is part of the “Shorts: Learning Curve” category, is about a fifteen-year-old girl attempting to get closer to her ping pong coach, who also happens to be her best friend’s father, by asking for private lessons with him. Both from Taiwan, the pair decided to work together on the film after Yang’s screenplay caught Liu’s eye, which was a part of a class assignment. 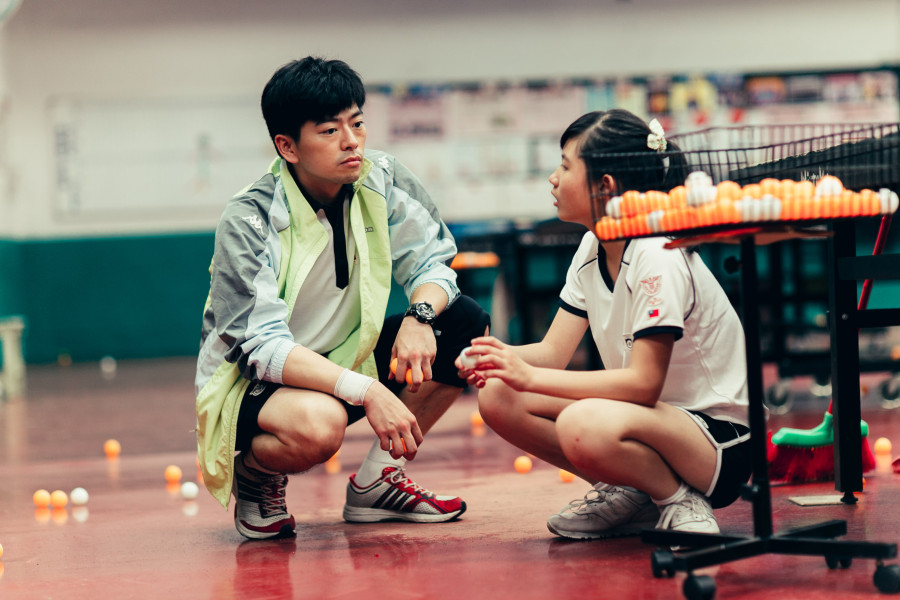 Sion Sono’s “Love of Love” and Natasha Khan’s “I Do” from “Madly”
In the award category for best international narrative, “Madly” is a compilation of six short films set in a different country, from Japan, Argentina, the UK, the US, India and Australia, that explores the universal theme of love. Through each film, a director tells the story about the ups and downs of relationships and love along with the emotions that come with it such as happiness and depression. Representing Japan is director Sion Sono, who has released several independent films in his country. In “Madly”, his short film “Love of Love” delves into the world of underground sex clubs in Japan. Representing India is Natasha Khan, with her directorial debut of short film “I Do”, which explores resurrecting the ghosts of past relationships.

For more information on showtimes and how to obtain individual tickets, visit the Tribeca Film Festival site.