Rapper and New York native Rekstizzy has released an arsenal of cute and adorable upon the world with the premiere of his new web series “Kawaii For Men” on July 1st in collaboration with ISAtv.

Followers of the artist will already know that he had started an Instagram account with the ID @KawaiiForMen a while ago and have been posting adorable pictures of cute animals, little kids and what he calls “kawaii shit.” While Rekstizzy admits that he is not a huge fan of ISAtv, likely due to him not being their target demographic, but it seems that the guys at ISAtv found it to be something to get behind, or as Rekstizzy said, “I guess they found it funny or interesting enough to hit me up about doing something with them.”

He also explained that he wasn’t sure what to expect when they reached out to him, but he has been try to take on a ‘just do’ attitude this year and, despite not being sure what the show would be about, just agreed to do it, “Sometimes you just gotta do something that you might not be sure of, but then all of a sudden you realize you was a pro all along.”  He also stressed that while working together with ISAtv, they saw eye to eye with him on everything and was nothing but supportive of what he wanted to do. 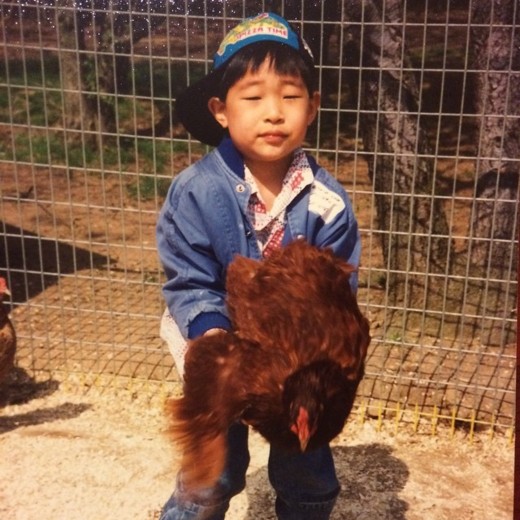 What is the “kawaii”? You can find out if you subscribe to this new web series, which will be putting a focus on all things in New York that is “kawaii” and feature both locals and locales around New York City while Rekstizzy shows that it’s not something that’s just for girls.

After this series, feel free to coo at a baby or cry in public

When asked about what he hopes to show through this series, he responded, “I don’t like when people choose to see only one side of things. So with this series, I’m trying to show a different side of what you might expect from a show based on NYC by focusing on kawaii shit. Even the kawaii isn’t just like a surface-level cuteness. I want the audience to feel the kawaii on a deeper level on some episodes and realize it’s really something they could use on a therapeutic level. Especially dudes who need to tap into this valuable resource that is usually never marketed towards them or society ain’t really permit that. After this series, feel free to coo at a baby or cry in public. Lastly as a rapper and artist, I think people aren’t sure how to take me and maybe they’ll get a better idea of where my music and even my Instagram posts are coming from.”

There will be a total of five episodes and viewers will follow Rekstizzy as he goes on a search for the “kawaii.” He describes the show as “an Anthony Bourdain type situation except the host is way sillier, but love alcohol the same and the topics are way less deep, but lowkey actually just as serious because this is the kawaii.”

Check out the first episode “MY FIRST HELLO KITTY – KAWAII FOR MEN Ep. 1” below:

In addition to four more episodes of “Kawaii For Men” that will be revealed on ISAtv’s YouTube channel in the following weeks, Rekstizzy has revealed that he is almost done with his upcoming “You Can’t Be Serious” album and he is also in the works of creating a collaborative EP album with Philly native Danny Chung (also known as Decipher). Also, keep an eye out for the upcoming Bad Rap documentary, in which Rekstizzy tells his story of trying to make it as an Asian-American rapper in a country that seems to think that Asians can’t rap, alongside follow Asian-American rappers Lyricks, Awkwafina, and Dumbfoundead.

He also encourages people to join him at SOB’s in New York City, where he will be holding Ugly But Kawaii parties on a regular basis. The next one is coming up on July 17th, so grab the chance to let loose to some rap, K-pop, and internet music, and be exposed to some of the latest and greatest artists. For more information, you can follow him at the following links: