There is a popular proverb that goes by the words “Blood runs thicker than water”, but in some cases, it is the people we accept into their lives as family that often time have a stronger bond.

On the evening of April 5th, everyone at the Highline Ballroom was one big family as founders of the Kindred Foundation, Samantha Futerman and “Glee” star Jenna Ushkowitz, hosted the 2nd annual gala titled “Breaking Boundaries”.

The Kindred Foundation was created in 2013 shortly after Futerman discovered that she and her identical twin, Anaïs Bordier, were separated birth, which was the basis for her documentary “Twinsters”. When their story captured the nation’s attention, the twins heard various stories about similar joys and hardships experienced by fellow adoptees. From there, Futerman knew she wanted to use her newfound insight to help adoptees and their families, and reached out to fellow adoptee Jenna Ushkowitz, whom she knew at an early age from auditioning together as aspiring actresses in New York City.

Some of this year’s attendees included Courtney Huber, CEO of Connect-A-Kid, and AdoptTogether founder Hank Fortener and his wife, Sueann Cho Fortener, who was the recipient of Kindred’s 2016 Achievement Award for his work in the adoption community. 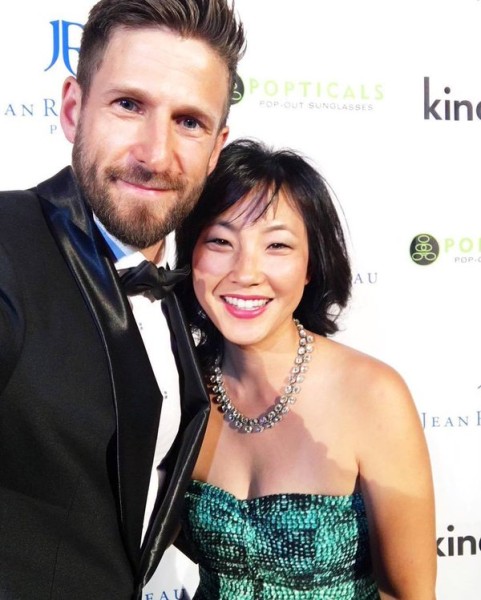 Throughout the event, people from partner organizations as well as those in the adoption community told their inspiring stories about their experiences with adoption, including Ushkowitz and Futerman who each spoke about their own stories and how the foundation started.

Futerman, whose adopted family was in attendance that evening said that she and Ushkowitz planned the New York City gala for a long time and it was a dream that became a reality.

“It feels like Jenna’s and my wedding,” Futerman exclaimed. “It was something we’ve dreamed of and never realize that it could actually happen. There are so many people in the adoption community who gathered for this event that are so incredibly brilliant, smart, and motivated.”

Ushkowitz said she wanted people at the gala to walk away with a different perspective on families.

“What we wanted to do was break boundaries and have people understand our motto and that is that family has no boundary,” Ushkowitz said. “It’s whoever you choose to bring into your life. It’s also about understanding all the components that go into creating the adoption community; there are birth mothers, foster families, adoptees, and adoptive parents. Tonight was all about bringing all these people together and knowing that we are part of the same family and that we have a common, and that we can be in each other’s hearts even for a second, or a lifetime.”