What the new year means to me as an Asian American

One particular morning, many years ago, my mom stopped me at the door as I was preparing to head to class: “You don’t have the day off today?,” she asked.

I remember shrugging in response. Growing up in New York City, I was accustomed to having a set amount of days off from school to celebrate the holiday season. This was always an exciting time for most of my friends, but I lived in a somewhat traditional Chinese household. My family, having immigrated to the United States in 1995, was never enthusiastic about celebrating Thanksgiving, Christmas or New Years.

Instead, all of our energy was invested into another event: the Chinese New Year (Spring Festival), which marks day one of the first month of the lunar calendar. Every January, in preparation for the holiday, my mother would meticulously clean the house and then cover it with stacks of oranges and overly extravagant decorations made of red and gold cardboard. This procedure was absolutely necessary in order to sweep away bad fortune and to invite good luck into the house.

It was also customary for my extended family to come together for an exuberant dinner, where my sister and I would receive red envelopes filled with money from our relatives. This was always my favorite part about Chinese New Year. I loved the festive nature of the holiday and how deeply routed it was in tradition. The decorations, the food, the superstitions – all these customs fascinated me, whether or not I understood them, and to this day, my mother still prepares for the Chinese New Year in the exact same way.

Some of our other household traditions, however, have evolved over time  – perhaps due to the influence of friends and the environment we were immersed in. As my sister and I grew older, we unconsciously began to introduce Western customs into our home. One year, for example, we purchased a plastic Christmas tree for the first time and set it up in the middle of our living room, fully decorated with cheap ornaments. Then, we decided to celebrate Thanksgiving – Chinese American style , since turkey was never an option on our dinner table; instead, we feasted on lobster or duck, which was usually paired with white rice and a variety of typical Chinese side dishes. 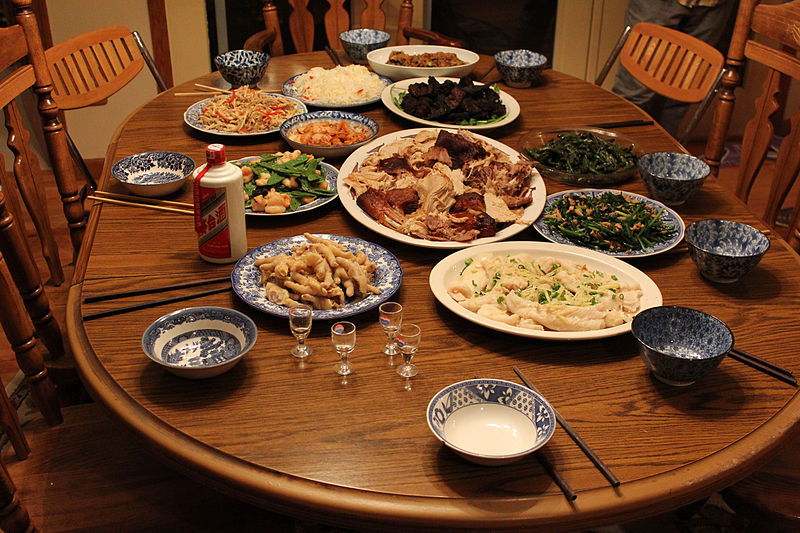 Following this pattern, it eventually became the norm for me to welcome the new year twice – first with my friends on December 31st, and then again with my family later in January or February. The manner in which I went about celebrating each occasion could not have been more different. In contrast to my Chinese New Year customs, New Year’s Eve festivities were stereotypically filled with count downs, ball-drops and parties.

No holiday, however, took precedence over the other. Although inherently different, I celebrated and related to both. In fact, it was easy for me to channel or switch between these two separate parts of my whole self, whether I spent the day cleaning my house to appease my superstitious mom or the entire night counting down the time inside a venue full of strangers. They co-existed in complete harmony.

This is what the “holiday season” ultimately became for me. Yes, it is a time of joy and festivities, but it’s also a conglomerate of traditions, an intersection of two cultures and a representation of my Chinese American identity.

All things worthy of celebrating if you ask me.