Why Hollywood must remove its rose-colored glasses

After months of considerable advertising in film previews of fall and winter box office hits, I waited patiently for Aloha’s release with its all-star cast, idyllic backdrop of Hawaii, and love triangle. Despite the film’s white-washing controversy, lousy reviews, and paltry $10 million-box office weekend opening, I chose this romantic dramedy as my first solo film experience on May 31.

Besides the over-sentimental plot, I quickly understood the social media backlash on Emma Stone’s casting as Allison Ng, an over-ambitious junior fighter pilot of Chinese, Hawaiian and Swedish descent. Unlike her coveted cinematic roles in Superbad, The Help and Birdman, Stone’s performance fell flat as a white actress disguised in a mixed-race role. Since Ng’s ethnic heritage was central to the film’s story arc, I rolled my eyes each time Stone’s character accentuated her Hawaiian ancestry and culture incessantly throughout the film.

Even with this lead casting faux pas, Aloha also failed to reflect the ethnic diversity of Hawaii’s residents. According to Guy Aoki, founding president of Media Action Network for Asian Americans, “60% of Hawaii’s population is AAPIs [Asian-American Pacific Islanders]. Caucasians only make up 30% of the population, but from watching this film, you’d think they made up 90%.”

In response to the public uproar on the poor casting choice of Stone and the continuous blatant misrepresentation of people of color on screen, Cameron Crowe, who wrote, directed and produced Aloha, issued a weak apology on his website on June 2:

“As far back as 2007, Captain Allison Ng was written to be a super-proud ¼ Hawaiian who was frustrated that, by all outward appearances, she looked nothing like one.  A half-Chinese father was meant to show the surprising mix of cultures often prevalent in Hawaii. Extremely proud of her unlikely heritage, she feels personally compelled to over-explain every chance she gets. The character was based on a real-life, red-headed local who did just that.”

Despite Crowe’s apology of excuses, many still remain bewildered why he didn’t cast a part-Hawaiian actress. “I can understand what Crowe said about his intention that he based his character on someone that didn’t look Asian but identified with the culture but you could have casted someone who was part Hawaiian,” Aoki told BBC News.

Fans can’t get over #AlohaMovie’s incredible cast. How can one even pick a favorite? Tix >> http://t.co/uSvhhnVDhC pic.twitter.com/wp2ieGdEmI

Compared with the shortage of Asian actors in the 1950s, there are several viable Asian actresses who could have played Ng, noted Lisa Nakamura, a professor of American culture at the University of Michigan. During the 1950s and 1960s, directors applied eye and cheek prosthetics to the faces of white actors to make them appear Asian including Mickey Rooney (Mr. Yunioshi in Breakfast at Tiffany’s), Marlon Brando (Japanese interpreter Sakini in The Teahouse of the August Moon) and John Wayne (Genghis Khan in The Conqueror). This technique is most similar to blackface which was popularized in the late 1820s “when white male performers portrayed African-American characters using burnt cork to blacken their skin.” Russian-born Al Jolson was transformed into Jakie Rabinowitz with blackface makeup in the 1927 musical film The Jazz Singer. 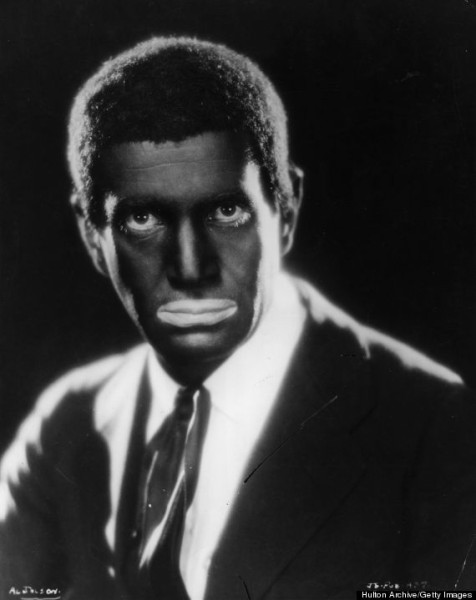 Al Jolson with blackface in The Jazz Singer. (Photo by Hulton Archive/Getty Images)

Rather than passing the whole fiasco as a casting decision in the name of artistic choice, selecting Stone was a mere marketing gimmick for box office bankrolling. This profitable ploy has a strong negative impact on an audience who isn’t convinced by white actors cast as Asian characters. Creating an inauthentic and unpleasant experience for movie-goers is the most minute issue what white-washing does. This act also sends a message to talented Asian actors and actresses of their ineptitude to play characters of their own race.

If the ethnicity of Ng wasn’t integral to the character or plot, then Crowe could have justified his casting choice under the color-blind casting theory like Shonda Rhimes who never identified specific races to the characters on Grey’s Anatomy. Instead, she cast the best actors for each role. 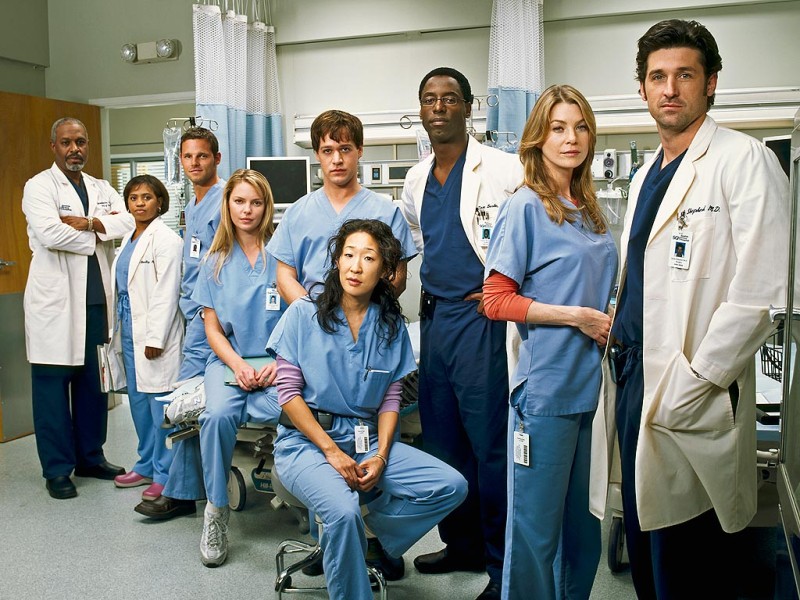 While Crowe issued a public apology on his casting decision which insulated Stone from criticism, the redheaded starlet remains lip-locked on the issue. In Crowe’s defense, Stone was “chief among those who did tireless research” for her role. Amid the sea of articles rehashing the controversy and countless examples of Hollywood white-washing, Huffington Post writer Zeba Blay boldly discusses the implications and accountability of white actors when they accept minority character roles:

“For successful white actors, the ability to play characters who come from identity groups different from their own is an experience of privilege. It’s not just the fame and fortune, but access that defines this kind of success. And that same access is not afforded to non-white actors and actresses.”

Due to their own rite of privilege, A-List white actors and actresses continue to accept roles of Asian characters in upcoming films. Scarlett Johansson was cast in the leading role of Motoko Kusanagi, a Japanese character in the live-action movie adaptation of anime Ghost in the Shell, and Tilda Swinton is in the running to play a male Tibetan mystic in Dr. Strange. A new trailer for The Martian, which is based on Andy Weir’s best-selling science fiction novel, also overlooks Asian actors. The casting lineup includes Chiwetel Ejiofor as an Indian character named Venkat Kapoor (director of the Mars mission), and Mackenzie Davis as NASA SatCon engineer Mindy Park (presumably a Korean character). 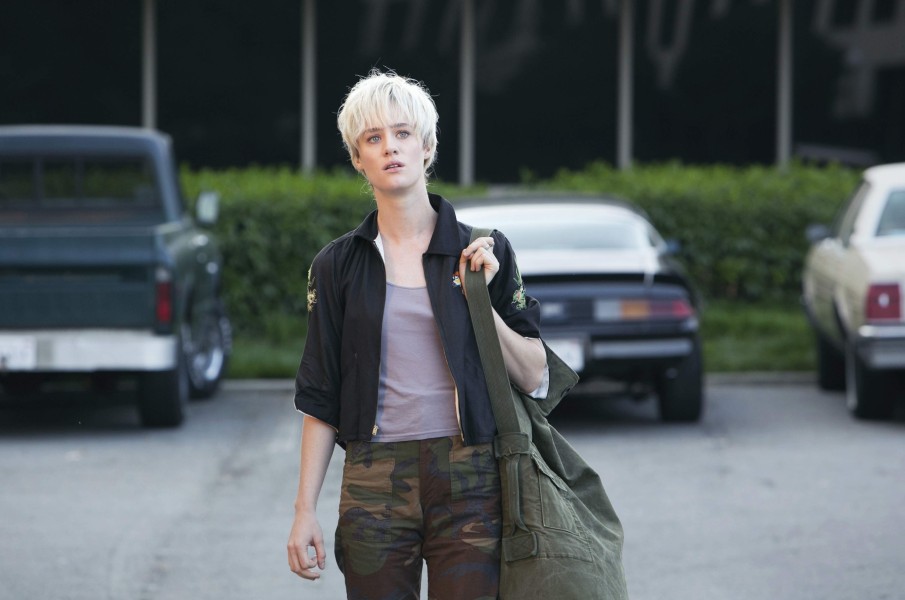 Mackenzie Davis from AMC’s Halt and Catch Fire was cast in The Martian as Mindy Park. (Photo by AMC Networks)

While several columns and blog posts cast blame on Sony Pictures, Crowe and Stone, Aloha posits a macro-perspective where Hollywood’s entire ecosystem must be held accountable. Targeting Crowe as the poster child for a crusade against white-washing is unrealistic. Besides the misrepresentation of people of color on screen, minority directors, producers and writers are also marginalized. Film executives and producers will continue financing movies with mainstream white actors in minority roles for monetary gain.

Andrew Weaver, an associate professor at Indiana University, has conducted extensive research on the representation of minority characters in cinema. “Hollywood’s sort of given up on the idea that you can have crossover success with a minority cast. You get this discrimination in the casting of roles, where they’re going to cast whites if at all possible to maximize the audience,” Weaver relayed to the Indiana University Bloomington Newsroom.

In order to truly eradicate white-washing in Hollywood, the film industry must collectively remove its rose-colored glasses and embrace a less-white America.

Heather Schultz is a Korean-American freelance journalist based in Long Island. Her work has appeared in The New York Times, NBC News, New York Daily News, Library Journal, Direct Marketing News and Law Technology News. She has also written columns on reproductive health for the Center for American Progress and the St. Louis-Post Dispatch.She holds both a Master of Public Administration and Bachelor of Arts in Journalism from Baruch College.